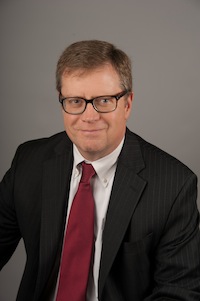 Law was a second career for me. I began my career working in advertising, first on the agency side and then on the client side. It never felt right to me so at the urging of my dad I considered a legal career. Deciding that law was my true calling I took the LSAT, the test law schools use in part to decide on admissions. I scored in the top one percent. I then left a relatively good paying job to attend Brooklyn Law School full time. This was in a way a homecoming for me. Although I grew up on Long Island, my folks were from Brooklyn and I was born in Brooklyn Hospital.

I obtained my Juris Doctor in 1993. After passing the Bar Exam on the first try, I was admitted to practice law in the State of New York in 1994. I began representing disabled workers in Special Security Disability claims in 1995 and in Workers’ Compensation claims in 1996. After working for the largest Social Security Disability firm and then a prominent disability and compensation firm, I opened my own practice in 2002.

As a sole practitioner, I am committed to individual client services; this means that when it comes to the most important issues involving your case you deal directly with me and not support personnel.